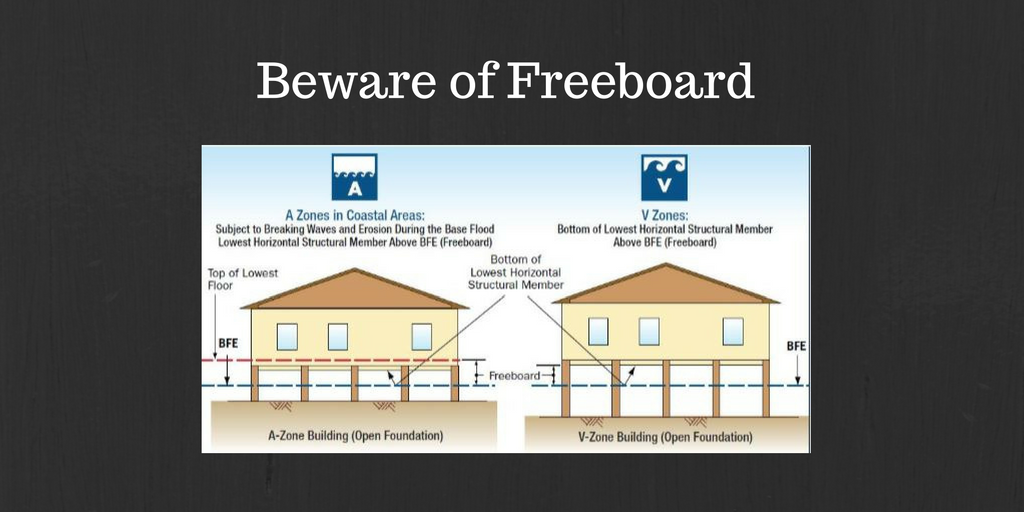 In the context of minimum flood elevation requirements, “Freeboard” is an additional height above the FEMA mandated minimum elevation in flood prone areas to afford an extra measure of protection from storm surge and flooding. While the term sounds beneficial, it must be noted that “freeboard ain’t free.” It comes with a penalty to existing and prospective owners of property located in FEMA “A” and “V” Zones. 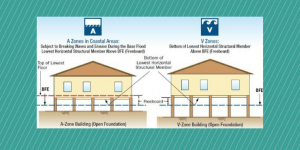 The National Flood Insurance Program (“NFIP”) includes provisions called the “Community Rating System.” This “CRS” system is designed to award points to local governments participating in the NFIP. The more points a community gets, the greater a discount the residents of that community may be eligible for in their Federal Flood Insurance premium. While the discount is not great in the terms of dollars, elected officials think that qualifying for discounts is a worthy objective.

FEMA develops Flood Insurance Rate Maps (“FIRMs”) which establish flood zones based upon the risk of areas to hurricane related storm surge (“V” Flood Zones) or flooding (“A” Flood Zones). Associated with each Flood Zone is a Base Flood Elevation (“BFE”) which is the predicted height of either the storm surge or flooding during a “100-year storm” (approximately a Category 3 hurricane). 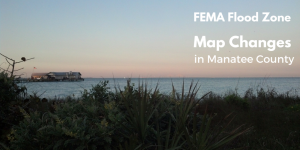 By amending its Flood-prone Area Ordinance, a local government can require “freeboard”, i.e., additional height above the BFE shown on the adopted FIRM. For example, the Town of Longboat Key requires the minimum floor elevation for residences in FEMA “AE” Flood Zones which are not seaward of the State’s Coastal Construction Control Line, to be 1 foot higher than the BFE shown on the current FIRM.

The Town of Longboat Key requires the minimum floor elevation for residences in FEMA “AE” Flood Zones which are seaward of the State’s CCCL, to be 3 feet higher than the BFE shown on the current FIRM. There are similar “freeboard” requirements in the Town’s FEMA “VE” Flood Zones. 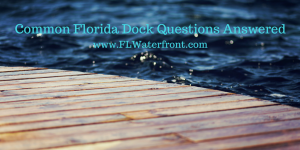 Note however, substantial improvements to existing residences constructed before December 31, 2006 which, at the time of construction met the then applicable flood minimum elevation requirements, would not be required to elevate above the BFE shown on the current FIRM.

This means any existing residence built after December 31, 2006 would be considered a legally non-conforming structure for FEMA 50% Rule purposes, even if it meets the BFE shown on the current FIRM, but does not meet the “freeboard” requirements indicated above. Therefore, the costs of any proposed improvement to an existing residence built after December 31, 2006 which does not meet the “freeboard” requirements, must be less than 50% of the fair market value of the structure before the improvement. 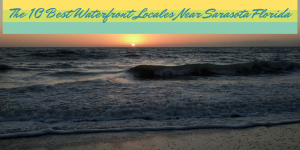 The Board of County Commissioners will consider its Flood-prone Area Ordinance amendment on September 7. We all must be vigilant to ensure that Sarasota County does not include “freeboard” in that amendment. Otherwise, it is probable the marketability and value of properties on Siesta, Casey, and Manasota Keys will be adversely affected.